The project totaled $5 million at no cost to students, according to Scott Barton, senior vice president of administration and finance at SU.

The SU Foundation raised $1.5 million for the project, while the Keystone Recreation, Park and Conservation Fund covered the remaining $3.5 million.

The conservation fund was established in 1993 to allot funds from the real estate transfer tax to Pennsylvania State System of Higher Education system schools for “deferred maintenance,” according to documents provided by Barton.

Barton said the project fell under the projected budget of around $5 million. According to construction contracts signed in fall 2018, the project was set to complete Oct. 13, 2019, at around $4.5 million. Change orders added another $200,000, and furnishings within the building itself cost around $172,000.

Three change orders forced workers to add 79 days to the construction plan. This pushed the completion of the project to Dec. 31.

The project achieved its substantial completion date of Dec. 31 and the university verified its completion Jan. 14, according to a document provided by Barton.

The SU Foundation allowed the public to purchase and decorate bricks with custom text and designs outside the main entrance to Stewart hall. According to Barton, the foundation sold $195,000 worth of bricks.

Kim Garris, the vice president of external relations and communications, said the university’s next large capital project will be a renovation of the Franklin Science Center.

The Slate initially requested information pertinent to this story Nov. 20 from SU’s communications and marketing department. After several attempts to obtain the information in this story, The Slate filed a Pennsylvania Right to Know Request on Jan. 26 which Shippensburg University complied with. 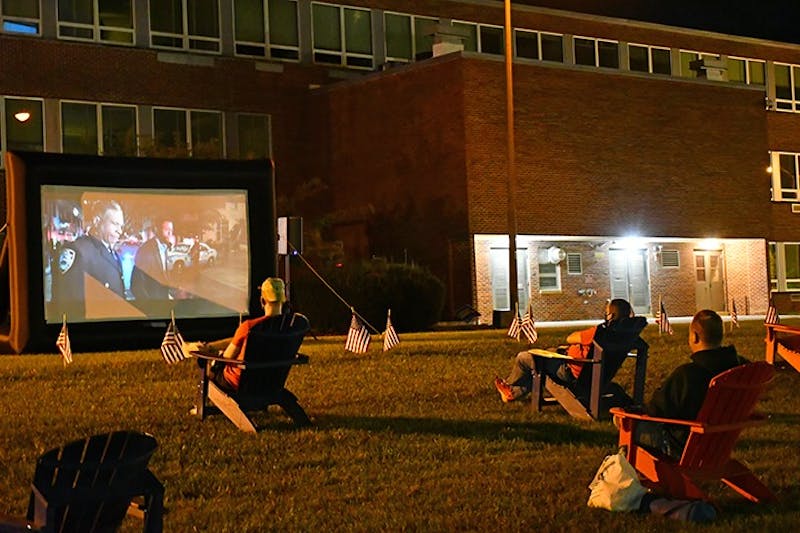 APB honors the late Chadwick Boseman with screening of the enjoyable, if forgettable, ‘21 Bridges’