Students running for ERC positions give speeches and take

questions about how they plan to improve student life. Fewer than a dozen students attended and heard the speeches.

If you ever look at your Shippensburg University student bill you will see a laundry list of services and fees you are being charged with by the hundreds of dollars.

At the top of the list is something called an activity fee, which costs each student $264 every semester. Who are you paying every semester, and for what? Is the fee just another hidden cost to pay for a new coffee maker in some faculty lounge? Or does it cover SU’s attempt to stimulate brain activity in its students? No.

The fee pays for our clubs and athletic department. It covers your lacrosse bus trip down the highway. It pays for events put on by the Activities Program Board, like showing movies in Orndorff Theatre and throwing a Super Bowl Party. It pays for the dozens of other clubs to have a little money in their pocket, and it pays for the paper or website you are reading this on.

The Slate, just like numerous organizations across campus, relies on the activity fee, and several other smaller sources of income, to keep operating. Who sets the fee? Who decides how much money to disperse among the clubs and sports teams? The $250 plus fee multiplied by thousands of students gives you an annual sum in the millions of dollars.

The simple answer is Student Senate, also known as the Student Association. The Student Senate is the one that controls the money, although that is not the full answer. There are several other organizations that manage, or at least influence the use of the funds. For example, Senate will decided how much money the athletic department gets, but that department has a committee to determine how to disperse it.

Some students may be well aware of Senate’s existence, while others may be as lost as presidential hopeful Ben Carson on a debate stage. Senate is composed of about 20 student representatives from different graduating classes and areas of interest at SU, such as Greek Life and Multicultural Student Affairs. It operates similar to a borough council with public meetings every other Thursday in Ceddia Union Building 119 at 4 p.m.

Senators not only strive to represent their constituents but also to improve campus life. They meet on committees such as safety and budget and finance.

They advocate for new sidewalks, police coverage and academic success.

The majority of the student body is not involved with Senate. The same organization, which deals with a multi-million dollar budget, maintains an office in the CUB and has a non-student secretary with a yearly salary near $50,000, often has trouble filling its positions. In the past year some positions were vacant for a period of time because no one tried to get elected or appointed to them.

Every year, two elections are held to replace the senators and Executive Rules Committee (ERC), which consists of the president, vice president, treasurer and secretary. This week, ERC elections are underway and many students could not describe anything about the process or who is running.

Check out the article about Senate elections on A3 in this week’s issue of The Slate to find out more of the specifics, but there is one important fact worth noting here. Three positions, president, vice president and treasurer are running unopposed. Out of about 6,000 undergraduate students you would think that there would be fierce competition to control some of the most influential and important student positions at SU.

Instead, the election will be handed to three people just for showing up. The problem is not that they are unqualified or do not have the necessary experience. The problem is that students’ lack of involvement is not healthy for a democracy.

As far as the student body is concerned, Senate could be freezing club budgets and reallocating money for new office furniture and daily supplies of fresh fruit to snack on during committee meetings.

While that is just a hypothetical situation, the hope is that The Slate, or someone, would tell you that something like that is happening.

The real issue is that the money is coming from your pockets and bank accounts, and you are opting out of the chance to influence how it is used to improve you college experience. 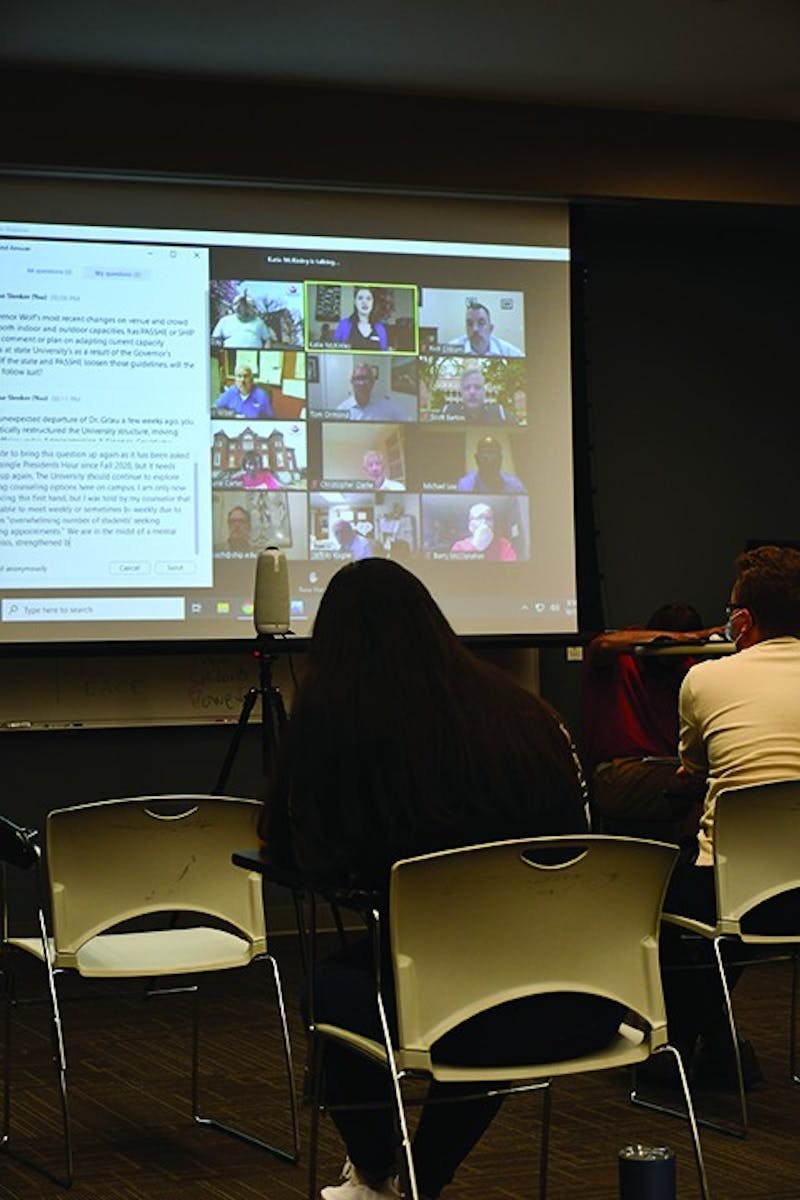