Shippensburg University professors Claire Jantz and Scott Drzyzga will use the money to fund a project that will map and analyze land use in the Delaware River Basin.

The watershed of the Delaware River is a crucial and fragile resource, supplying drinking water to more than 17 million people in 42 counties. The Delaware River’s headwaters start in New York and the basin’s many streams run through New Jersey, Pennsylvania and Delaware, before emptying into the Atlantic Ocean.

The two geography professors, leading the two-year project, are concerned that the Delaware River Basin’s ability to supply clean, drinkable water is in jeopardy, especially downstream, near Philadelphia. “Even though the headwaters are in good shape, there are more and more pollutants along the way, so by the time you get to the bottom of it, the water quality is problematic,” Jantz said.

The grant comes from the William Penn Foundation, which has given $1.3 billion in grants since its founding. One of the goals of the foundation is to ensure a sustainable environment in the Philadelphia region, including careful use of water resources.

After the suburban population explosion following World War II, the Delaware River Basin has become increasingly taxed for drinking water. The project is critically important in sustaining a healthy basin for future generations.

SU’s geography/earth science department will be leading the collaboration with the University of Vermont’s Spatial Analysis Lab and the U.S. Geological Survey to create high-resolution land-use maps of the basin area.

After creating the maps, the next step will be to model the urban growth, incorporate population growth forecasts and predict what the river basin will look like in the future.

The William Penn Foundation chose SU’s geography/earth science department over many other departments in the state. “This provides us an ability to show people what Shippensburg can do. There are other PASSHE schools that are closer to Philadelphia, but the William Penn Foundation chose us to do it. They are familiar with our work, so we were able to start a conversation fairly easily,” Drzyzga said.

Jantz’s prior work experience on urban development in the Washington, D.C., area has given her special insight into how urban populations interact with landscapes and natural resources.

“One of the reasons that the project is important is because very few people look out for watersheds. There are people interested in their business, their life, people are in charge of cities and boroughs and townships, but very few political organizations respect watershed boundaries,” Drzyzga said.

The recent boom in hydraulic fracturing for natural gas, also known as “fracking,” is another major threat for the Delaware River Basin’s water quality. This relatively new mining method pumps water and chemicals deep into the earth to break up the Marcellus Shale to release natural gas. In theory, the practice is safe, but in reality, accidents happen.

“The issues with drilling are concerning because there is water use associated with the drilling; they use a lot of water to do it. There are also potential impacts for spills, which contaminate groundwater. If they do everything right, those risks are minimal, but we’ve already seen a lot of spills, accidents and violations in PA,” Jantz said.

The two professors are fascinated with the prospect of studying such a large amount of data. “We’ve both been doing work on land cover change for a while and it’s exciting to do it in a different context. Claire has always focused on the Washington D.C. area and Baltimore, whereas my experience was in partly in the Midwest and partly in Brazil, so focusing on the east coast megalopolis is exciting for me,” Drzyzga said.

The professors will also be assisted by SU undergrads in the geography/earth science department.

Getting to know PAGE’s new director 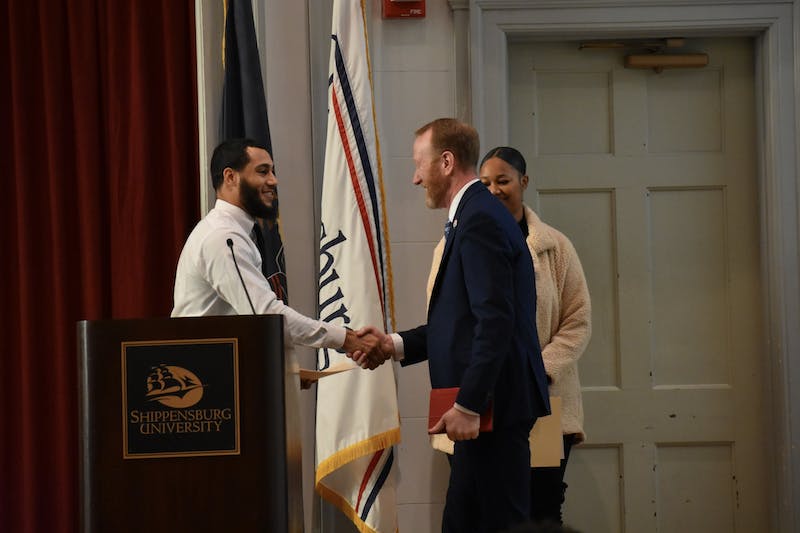