Defense will be SU’s backbone this season

Kershaw and secondary look to give opposing quarterbacks nightmares in 2013

The Raider defense stood tall when it mattered most.

An anemic offense together with a porous defense failed to garner SU’s first PSAC Championship since 2009 and then crumbled under pressure in the second round of the NCAA Playoffs against Winston-Salem State University. After a 10–0 start to the season, the Raiders failed to achieve what seemed impossible at the start of the season — a national championship.

Now, with a slew of offensive starters departing for graduation, the one aspect of this team that remains intact is the defense. The bend-but-not-break approach that was seen in the 2011 season was replaced with a much more stalwart defensive effort in 2012. Granted, SU struggled mightily against IUP and WSSU, but according to Tyriq Kershaw, the Raiders’ defense is ready to make that extra step to lead this team to prominence once again.

“We expect to take it to the next level,” Kershaw said. “We were a very good secondary I feel like last year, but we didn’t meet all the expectations that we had. I feel like now this is the year we make a name ourselves for us nationally.”

Last season the defense ranked in the middle of the pack nationally last season as it allowed over 350 yards per game — good for No. 2 in the PSAC behind IUP. However, if signs from the Spring Game could give any indication of how good this defense will be then PSAC opponents should start working trick plays in practice because that is the only way they can beat it.

The defense returns its starting secondary from last season and returns a linebacking core that all have starting experience. Replacing Cody Fleming at middle linebacker will be a tough challenge but Brian Sourber, Sean Sadowsky, James Brennan and Chase Fleming — Cody’s brother — have all made significant contributions to the team already. Sourber led the team in tackles last season while Brennan and Sadowsky each wreaked havoc in the backfield recording seven tackles-for-loss in 2012.

Jake Metz headlines a defensive line that gave quarterback Zach Zulli troubles all throughout the Spring Game two weeks ago. Metz’s speed gave quarterbacks nightmares in 2012 as the defensive end recorded 11.5 sacks last season while also recording 19 tackles-for-loss and one interception. Following the Spring Game, Zulli was confident that the defensive line would hold water this year.

“I think our defense is going to be good,” Zulli said. “Our defensive line looked tremendous [during the Spring Game], they blocked our gaps and did everything right.”

The secondary, featuring James Cooper, Mike Goode, Avery Coleman and Kershaw looks to be one of the strongest in the PSAC. With the whole group returning in 2013, SU’s secondary boasts a group that recorded 12 interceptions in 2012 — seven of those coming from wins against Bloomsburg University in the PSAC East title game and the NCAA first round playoff game.

The secondary was at it again during the Spring Game as it picked off Zulli four times in the game — Kershaw collected two during the contest. Head coach Mark Maciejewski called the game a “double-edged sword,” in relation to how well his defense played compared to the offense.

“I thought the defense played really well [during the Spring Game],” Maciejewski
said. “The thing about our defense is pretty much the whole group is back. Those guys gelled pretty well and they’ve got some chemistry there right now and they’ve had a good spring. I’m excited about that part.”

With eight of its 11 starters returning in 2013, is this the year that the defense leads the team instead of the offense, or is it the year that both sides gel together to form a national title contender? All answers will start to be found when SU takes on Shepherd University Sept. 7. 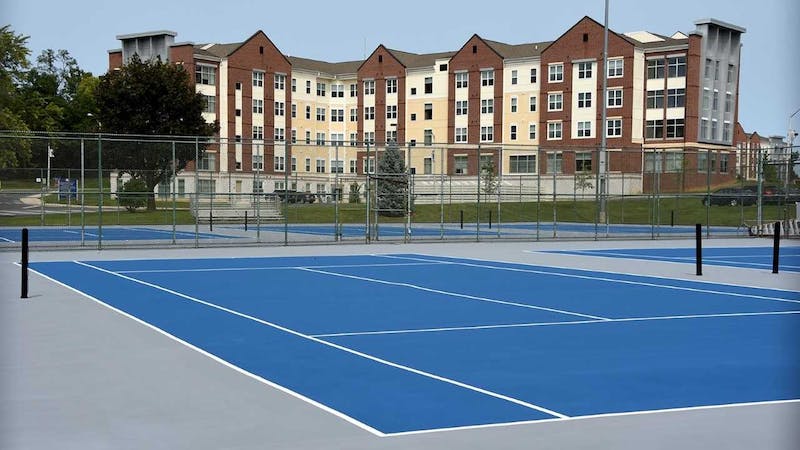