Pitcher Alicia Ball got the win on Sunday while striking out seven batters.

The Raiders swept the Huskies in the first double header on Friday winning both games 4-1 and 2-1.

The Raiders struck first in the initial game of the doubleheader when junior Hannah Marsteller hit a single up the middle in the third inning. The hit allowed Taylor Myers to score and the Raiders led 1-0.

The Raiders extended their early inning lead in the fourth when Morgan Lindsay hit a homerun which extended the Raiders lead to 2-0.

The Warriors were able to cut into the lead in the fifth inning when Kaitlyn Caleen scored on a fielder’s choice. This shortened the Raider lead to 2-1.

The Raiders added two runs in the seventh and beat the Warriors 4-1 in Game One of the doubleheader.

The second game of the series was closer. The Raiders got on the board first in the game in the top of the first inning when Myers scored on a fielder’s choice.

Neither team would be able to score for the remaining innings and the game went to extra innings.

After two more scoreless extra innings the Raiders broke the tie in the ninth inning when Maelyn Lindsay hit a single that snuck into right field which allowed Katelyn Minney to score and the Raiders swept the double header against the Warriors.

On Sunday the Raiders looked to keep their hot streak going against Bloomsburg University. In Game One, the Huskies got on the board first when Kayleigh Lenner scored off a fielder’s choice.

The Raiders grabbed the lead in the fourth inning when Leber hit a double into right field and two runners scored, making the score 2-1.

The second game of the Sunday doubleheader was not a good result for the Raiders as the Huskies came out of the gate and scored four runs in the first inning.

The Huskies continued to pile on the runs and defeated the raiders 10-2. The loss snapped a five-game win streak for the Raiders.

The Raiders will look to come back to their winning ways to Wednesday when they travel to Bowie State on Wednesday for a doubleheader starting at 2 p.m. 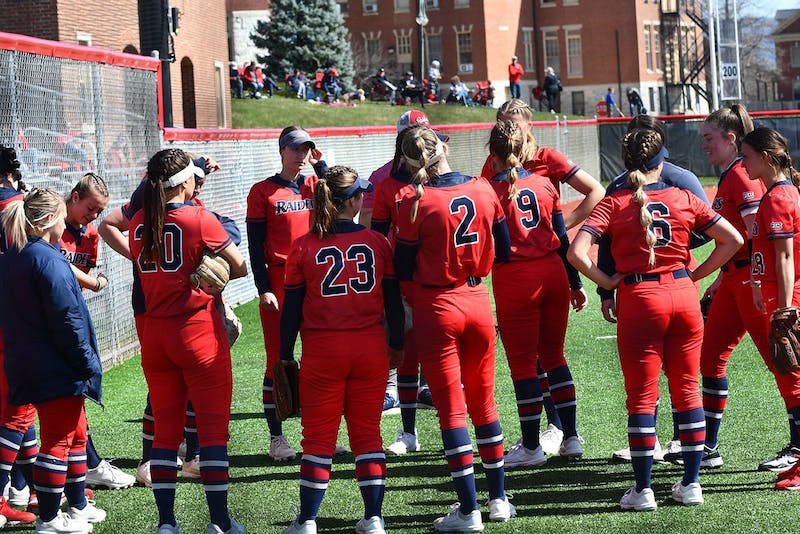