The PASSHE Board of Governors authorized Chancellor Daniel Greenstein to review financial impacts of integrating operations at selected universities as part of the ongoing system redesign in July.

According to the PASSHE announcement in July, the three original potential integrations were California and Clarion, Edinboro and Slippery Rock, and Lock Haven and Mansfield universities.

Greenstein said the potential collaborations showed “enormous potential to sustainably serve more students, expand educational opportunity for their regions, and leverage the universities’ proximity to one other.”

Lock Haven University, Bloomsburg University and Mansfield University collectively announced Sept. 16 in a press release their plans to “explore opportunities to collaborate and build on their existing strengths, create greater efficiencies, and expand affordable, high-quality educational opportunities for students throughout the region and beyond.”

“An initial financial review suggests that the addition of Bloomsburg to this pairing provides the needed support, stability and scalability to increase the probability of success for the State System’s regional landscape,” the press release said.

The move would expand educational opportunities for all students and leverage the talents of faculty and staff members, officials said in the release.

Any potential integrations would continue shared services already in place between Bloomsburg and Mansfield including human resources, accounts payable and procurement services. The partnership would be expanded to Lock Haven, according to the release. Officials noted that the brand and identities of each institution “would be respected.”

California University of Pennsylvania, Clarion and Edinboro universites are forming a partnership. Following PASSHE’s review in recent months, officials are looking at three-school affiliations instead of two-school pairings.

State System officials said these could hold greater promise while honoring the local identity and traditional face-to-face programming at each institution.

According to a press release, the three universities already collaborate on a limited number of academic programs. Their presidents said the schools are like-minded partners, with similar missions, goals and campus cultures.

According to The Rocket at Slippery Rock University, the university’s president announced to stakeholders that PASSHE was moving away from the partnership with Edinboro.

William Behre, president of Slippery Rock University, originally announced that PASSHE was pivoting away from the Slippery Rock-Edinboro affiliation in an email to SRU stakeholders on Friday, Sept. 11.

“Finally, while a potential affiliation with Edinboro has dominated much of our recent conversation, the System will be pivoting away from this model,” President William Behre said in his email on Sept. 11. “As such, SRU will not be affiliating with another university at this time. We will continue to offer help to the System in other ways.” 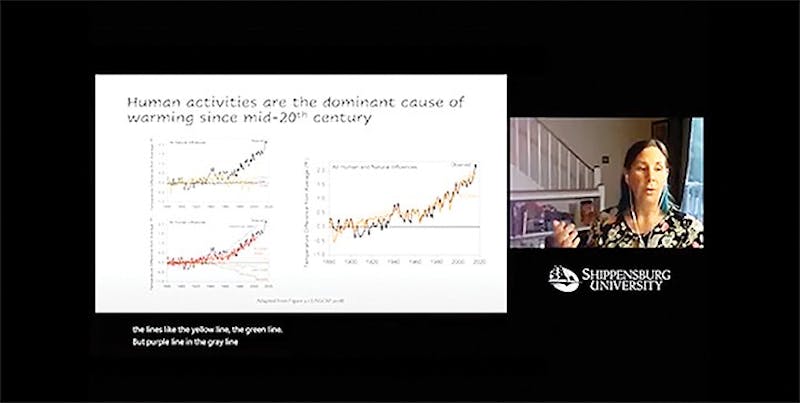 5 Halloween movies and shows to watch on Netflix right now

Commentary: How do the people of Paris feel about ‘Emily in Paris?’