Three cases related to a shooting in October that resulted in the death of one man and critical injury of another during a drug deal that turned sour on High Street in Shippensburg have moved to the Cumberland County Court of Common Pleas.

Quentin Eric Furlow, 20, of Philadelphia and Samir Rodney Stevenson, 22, of Carlisle, had their formal arraignments on Feb. 20 while Clayton Steve Wilson, 21, of Philadelphia, was arraigned on Jan. 23.

The cases revolve around a shooting that occurred at approximately 8 p.m. on Oct. 6 following a drug deal that wrong, according to court documents.

According to the affidavit of probable cause, police found several large buds of marijuana, a burnt blunt and a large amount of money in a car parked in an alley behind the 200 block of High Street. That is where police found 21-year-old Shakur Richard Myers dead from two gunshot wounds to the head and chest and Stevenson with a “critical” gunshot wound to his neck.

The doctors who treated Stevenson reported that the bullet nipped the top of his right lung and missed major arteries by mere millimeters.

During the hearing, Boardman shared information from the state police’s investigation.

According to transcripts from the preliminary hearing, officers recovered multiple cell phones, mason jars of marijuana and drug sale paraphernalia including, a scale and plastic bags, and more than 40 grams of marijuana from the car where the shooting occurred. A .380-caliber Ruger handgun, that was reported stolen in 2017 in Lynchburg, Virginia, was also found at the scene.

He also reported that police found a bloody hooded sweatshirt that was still damp to the touch, evidence related to the sale of drugs and three large-capacity magazines for a .40-caliber Glock handgun in Wilson and Furlow’s apartment during a search warrant execution that same night.

During questioning at the hospital, Stevenson told police he could not remember who he was with and said, “everything happened too fast,” according to court documents.

Through the investigation, Wilson was determined to be the shooter, Boardman reported at the hearing.

According to the affidavit of probable cause, Wilson called someone, who later reported the information to the police, after the shooting and told them what happen. The informant told police that Wilson said Stevenson wanted to buy marijuana from him but that they did not want to meet in Wilson’s house.

Instead they decided to meet in Stevenson’s car, which was parked on Rotz Avenue. Stevenson and an unknown black male were in the front seats and Furlow and Wilson got into the back seat. Furlow gave the marijuana to Stevenson, who stalled and did not immediately give the money for the marijuana, instead took a phone call.

Wilson said Myers opened the rear driver’s side door and took Furlow’s cell phone, pointing a handgun at him and Wilson, attempting to rob them. At this point, Wilson shot Myers and Stevenson and told the informant that he knew he hit them. The informant said the front seat passenger ran from the scene with the marijuana and Wilson and Furlow fled as well.

Officers found Furlow’s cellphone under Myers’ elbow. It was remotely wiped, according to court doucments.

Both Furlow and Wilson were Shippensburg University students at the time of the Oct. 6 shooting. They are no longer students at the university, according to SU officials.

Furlow, 20, of Philadelphia has been charged with the manufacture, delivery or possession of an illegal substance with intent to manufacture or deliver; hindering apprehension; flight to avoid apprehension; criminal use of a communication facility; and tampering with evidence.

He is free on $50,000 bail from the Cumberland County Prison.

Wilson, 21, of Philadelphia, was charged with criminal homicide, criminal attempt to commit criminal homicide, two counts of aggravated assault, firearms not to be carried without a license and recklessly endangering another person. Magisterial District Judge H. Anthony Adams denied Wilson bail and he remains in the Cumberland County Prison

Stevenson, 22, of Carlisle, was charged with criminal homicide; robbery with threat of serious injury; manufacture, delivery or possession with intent to manufacture or deliver; two counts of conspiracy and receiving stolen property.

Stevenson’s attorney filed a writ of habeas corpus, which reports unlawful imprisonment and requests the court order to bring the prisoner to court to determine whether the detention is lawful.

Stevenson was denied bail and remains in the Cumberland County Prison.

Wilson has a pre-trial conference on March 4, while Stevenson has a hearing on April 14 and Furlow on April 21.

Your World Today: An open letter to whomever is not yet self-quarantining: 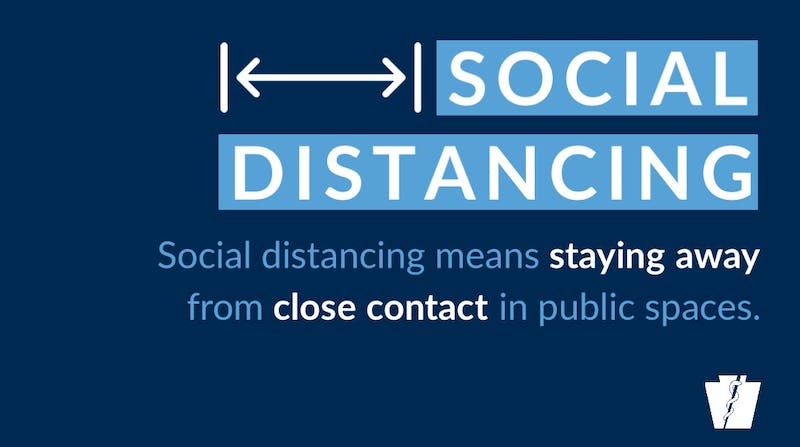 The Slate Speaks: Social distancing is a crucial step in flattening the curve