Former SU student turns self in to police

Pennsylvania State Police have charged a third man in connection with the Oct. 6 shooting during an alleged drug deal near High Street in Shippensburg that resulted in the death of one man and serious injury to another.

Furlow was charged with the manufacture, delivery or possession of an illegal substance with intent to manufacture or deliver; hindering apprehension; flight to avoid apprehension; criminal use of a communication facility; and tampering with evidence.

According to police, Furlow turned himself in Nov. 15 at Magisterial District Judge H. Anthony Adams’ office. Furlow was arraigned by Adams and placed in Cumberland County Prison in lieu of $50,000 bail. He posted bail later that day and was released.

Furlow is scheduled for a preliminary hearing Nov. 26 in front of Adams.

Furlow is no longer a student at SU, according to university officials.

Charges relating to the incident previously were filed against two other men, including former SU student Clayton Steve Wilson, 20, of Philadelphia. Wilson was charged with criminal homicide, criminal attempt to commit criminal homicide, two counts of aggravated assault, firearms not to be carried without a license and recklessly endangering another person.

Wilson was bound over for trial in Cumberland County Court Nov. 15 on all charges except reckless endangerment, which was dismissed. He is being held in the county prison without bond.

Samir Rodney Stevenson, 21, of Philadelphia, who was critically injured in the shooting that killed 21-year-old Shakur Richard Myers, was charged with criminal homicide; manufacture, delivery or possession of an illegal substance with intent to manufacture or deliver; conspiracy; and receiving stolen property. He is being held without bail in the county prison awaiting his Dec. 6 preliminary hearing before Adams.

Police said their investigation remains active, and they anticipate further criminal charges related to the homicide. 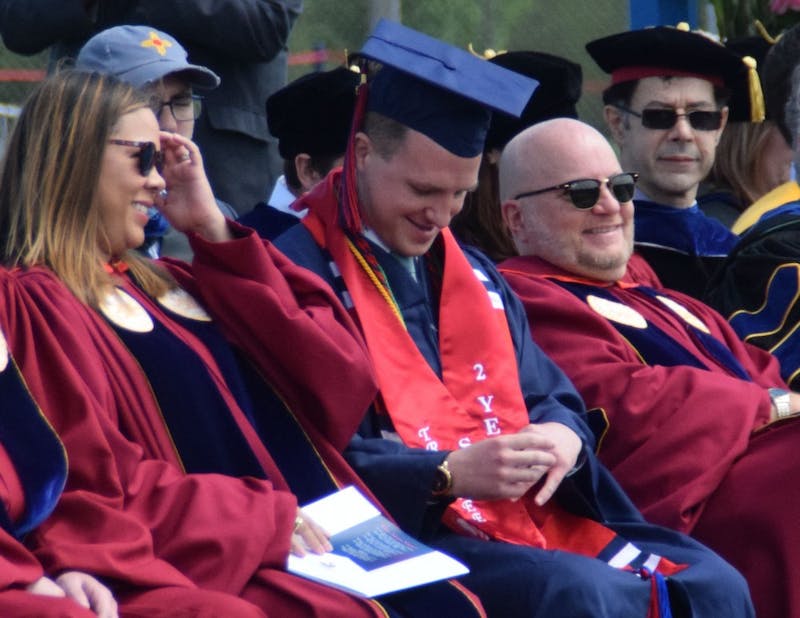 Slate Speaks: Commencement ceremonies should be postponed, not cancelled