‘Persons of interest’ sought for homicide near High Street

Police tape remains near the entrance to Coy Avenue from High Street in Shippensburg, Pennsylvania.

Police are looking for two Shippensburg University students who they believe were involved in the Sunday night shooting in Shippensburg Township that left one man dead and another in critical condition.

Police identified the students as Quentin Eric Furlow Jr., 20, and Clayton Steve Wilson, 20, both of Philadelphia, as persons of interest. At a Monday afternoon press conference, police said Furlow and Wilson are considered to be “armed and dangerous.”

The two men allegedly were involved in a shooting in an alley behind the 200 block of High Street that killed Shakur Richard Myers and wounded Samir Rodney Stevenson, both 21 and both of Philadelphia.

As of Monday night, police said they believed that Furlow and Wilson are likely not in the Shippensburg area and do not feel that residents and visitors in Shippensburg are facing an immediate threat. Police released photos identifying the vehicles of the two men. Furlow may be driving a gray 2011 Infiniti G37 with Pennsylvania license plate number KZJ4211 and Wilson a gray 2009 Nissan Maxima with Pennsylvania license plate number KYE0169.

Police said they had received numerous calls Sunday night reporting gunshots in the area of High Street. State troopers searched the area and strung police tape to keep local residents from wandering into the crime scene.

When police first arrived, they found Myers dead lying beside a parked vehicle and Stevenson inside the vehicle with gunshot wounds. Shippensburg Area Emergency Medical Services transported Stevenson to an empty field near Seth Grove Stadium where he was loaded into the Life Lion helicopter and taken to Holy Spirit Hospital, where he was listed in critical condition, according to police.

There was no update on Stevenson’s condition when The Slate went to press.

As police conducted their investigation, residents stood on porches and in nearby streets watching as police cruiser after cruiser arrived at the scene. Some huddled in small groups talking among themselves, while others paced the sidewalks. One man at the scene seemed visibly shaken by what occurred. The flashing lights from police cruisers poured out onto Fort Street between houses like light through a grate. Fire trucks were called in to illuminate the dark streets so police could conduct their investigation.

Police remained on the scene through early Monday morning. By midmorning only remnants of the police tape remained as firefighters from Vigilant Hose Co. washed off the street where there shooting occurred.

Shippensburg University officials alerted the campus community of the shooting Sunday night through an SU Alert. The alert warned students of the shooting and to avoid the area around High Street.

As the investigation continued, campus officials held meetings on how to respond to the situation. SU sent a series of emails throughout the day updating the campus community. After the state police press conference Monday at 1 p.m., SU officials decide to cancel all classes and campus activities at 2 p.m. Campus officials urged students to return to their residence halls and commuter students who live near campus were offered accommodations to stay on campus.

Take five minutes: The facade of a minimum wage increase 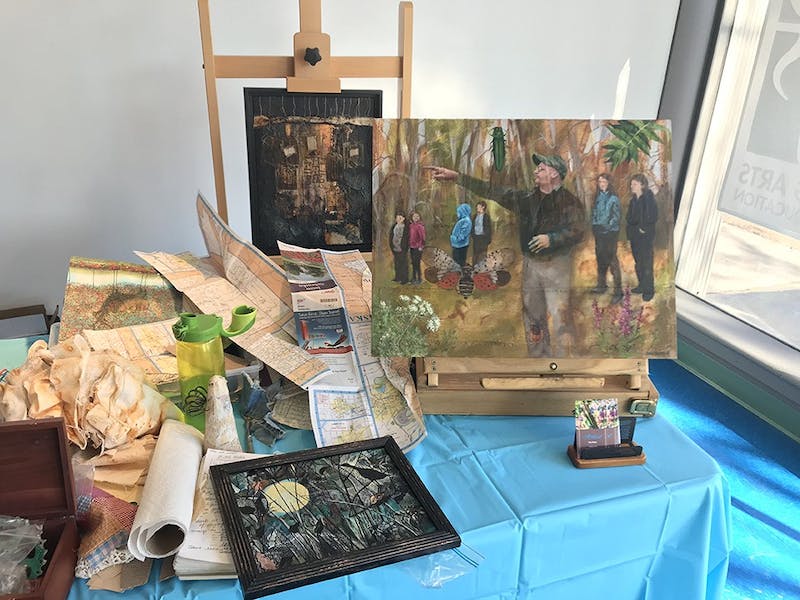