The Office of Multicultural Student Affairs (MSA) was created in 1989 as a space for minority students to have their voices heard, but today it has grown as an organization which houses about 20 other organizations under its title.

Other organizations were then generated after MSA was established. For instance, the Latino Student Organization (LSO) formed in 1991, and the ELITE Modeling Troupe was created in 2008.

However, new groups are always starting. Even if some organizations die down, they always come back, such as Building Bridges, according to SU student Ramses Ovalles.

“I think the office is always evolving and students can always create new events,” Ovalles said. “I think that’s what’s cool. We have these organizations that are established, but we can always innovate them and be more progressive by the programming we decide to throw and that’s all decided by the students.”

The African-American Organization (AFRO-AM) is the biggest organization under MSA and hosts the largest events, such as Statewide.

Even though many students in MSA are involved with two or three different organizations, Ovalles said everyone in MSA is a family. Their one goal is to graduate.

Every organization has retention included in what they are about, and retention is their biggest goal. Students in MSA must have a 2.5 GPA and are required to log 10 study hours per week, according to Ovalles.

“Retention is our biggest goal, and just making sure this is just our home is really important too,” Ovalles said.

Ovalles wanted to transfer from SU, but Jefferson convinced him to stay one more semester and get involved with MSA.

That one semester changed his perspective on the university and defined his purpose.

He believes it was destined for him to be at SU, and MSA taught him to see a way to use his voice. Jefferson helped bring his leadership and potential out and encouraged him to apply those leadership skills into programming, Ovalles said.

SU student Abdul Omar Tucker said MSA is also the reason he stayed at SU. He is also a member of B.R.O.T.H.E.R.S.

“I didn’t really have a place here. It was really different. Really, MSA made me feel really comfortable and I found a home with my organization. It definitely gave me some guidance,” Tucker said.

Ovalles said many students who are involved with MSA stayed at SU because of the office or organizations in which they are involved. He did not feel as comfortable in other organizations, and said there are not many other clubs where you can join other smaller groups within the club.

Tucker said he encourages students to come out, see what MSA is about and get involved.

“They should come out to our events. They should try to speak to us like we speak to them,” he said. 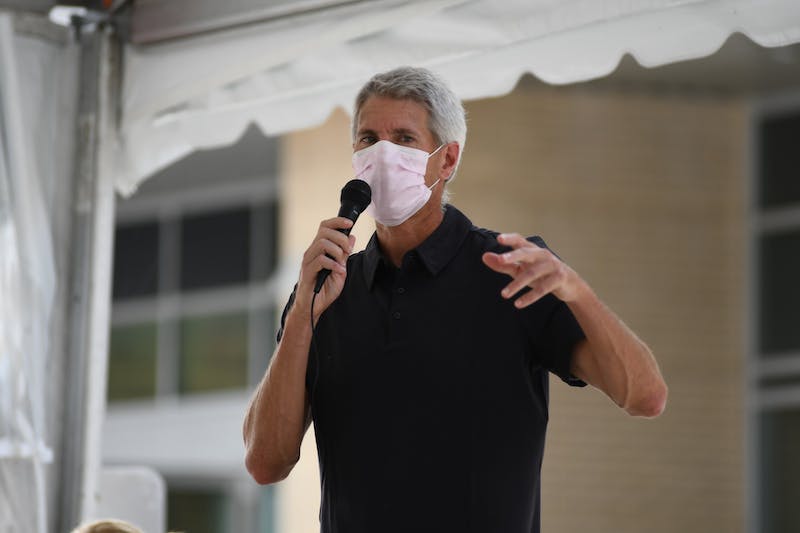