Demonstration not representative of Christianity

My name is Katie and I am one of the most liberal people you may ever meet.  I am also a devout Christian.

Believe it or not, “liberal Christian” is not an oxymoron.  I believe wholeheartedly in God and that Christ lived and died for me, and I also strongly believe that women should be treated equally to their male counterparts.  I attend church every Sunday, and I also regularly attend protest marches in Washington, D.C., to advocate against guns and women’s rights violations and family separation. Jesus is my savior, and Ruth Bader Ginsburg is my hero.  I could go on, but I digress. My point is — those men in front of the library on Tuesday, preaching hate and division, do not speak for me and to the best of my knowledge, do not speak for the overwhelming majority of Christians on this campus.

Something these men, and others who share their views do not understand that I am not so liberal in spite of my religion — I am so liberal because of my religion.  My God doesn’t just represent love, he is love and he embodies what it is to love.  The demonstrators had a lot to say about love, but they did not have a lot of love to spread.  They did get one thing right though: as Christians it is our mission to spread God’s love to everyone.  This is precisely why these men, while they may call themselves Christians, are not truly men of faith.  They are not Christians. If they were, they would know that God doesn’t want their hateful false gospel.

See, in his time, Jesus hung out with the worst people you could imagine.  Tax collectors, thieves, prostitutes. He listened to them, spoke to them and he loved them. Jesus encouraged women to hear his messages when he preached and he regularly spoke with them in public and in private.  Are you really going to tell me that Jesus is not the OG feminist? So even if these men believed homosexuality to be a sin, which it is not, God would still love the people doing it.  And those people, if they became believers, would be saved all the same.

God’s love is not conditional. God loves all the things he created, and if Jesus were alive in 2018, he would not have been standing on a stool with those men, hurling hatred at young people. He would have been on the ground with us, telling those men to go in peace and to not preach false gospel.  I, a professed believer and someone who is saved, was told by these so-called Christians that I was “wicked.”

A friend and fellow believer pointed out a verse to me, proving these men to be frauds. John 15:23 says “Whoever hates me hates my Father as well,” meaning that if someone claims to hate the child of God, they aren’t just hating that person, but God himself. That is just one example of how misguided these men were in their statements.  So many of the things they said made me want to scream, but all I could do was hold my sign up as far over my head as my aching shoulders would allow: “THESE MEN ARE NOT CHRISTIANS.”

So to my LGBT friends on campus: do not be afraid of someone wearing a cross.  We are not those men. We love you, we accept you, we know you cannot change and we do not want you to.  God made you perfectly, just the way you were meant to be. And if that means you are lesbian, gay, bisexual, pansexual, transgender, queer, or anything and everything else, you are loved — by me and by God.

Letter to the Editor: The Slate's coverage of religious demonstrators 'clear and accurate' 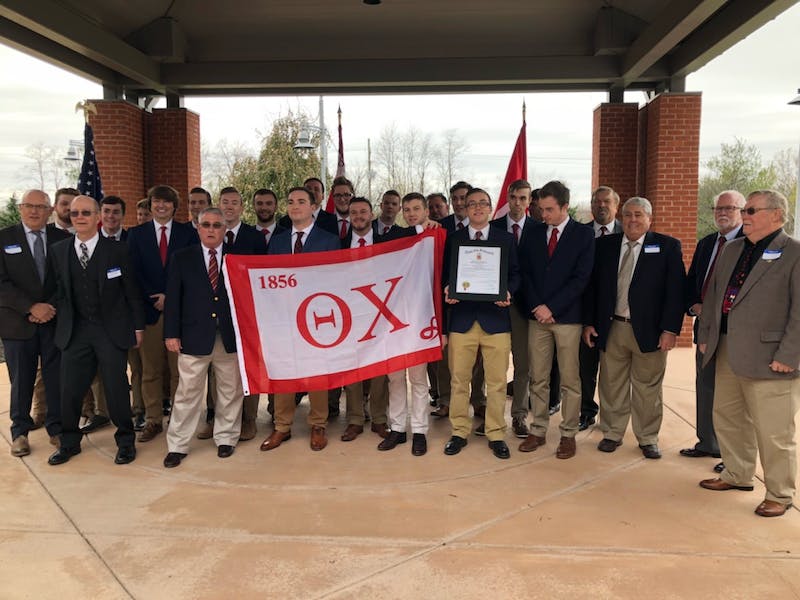