People at the Corn Festival enjoy corn-themed foods such as corn on the cob. There were also other food trucks that served treats such as funnel cake.

From Prince Street to Spring Street, white tents lined both sides of King Street and attracted people of all ages. Popular craft items included seasonal furnishings for holidays such as Christmas and Halloween and rustic décor. Other vendors drawing crowds were jewelry stands and various sports team-themed items.

Many vendors featured hand-made jewelry, personalized gifts and products such as soaps and candles.

Another popular attraction to the corn festival is food. Food trucks had a separate space on North Earl Street for festival goers to indulge in corn-related products such as chicken corn soup, corn on the cob and kettle corn.

There were also classic festival foods such as french fries, pit beef, funnel cake and milkshakes. This year also featured many wineries that offered free wine tastings and drew crowds to their tents.

SU senior Jeremiah Steigleman said his favorite part of the festival was seeing the Shippensburg community come together with people from other towns to simply have fun.

“I wanted a de-stresser before classes start on Monday,” he said.

Taren Swartz, a junior at SU, tried her hand at the corn eating contest.

She was at the festival when her boss encouraged her to represent their company and enter the contest. Her boss laughed and talked during most of the competition, which Swartz said kept her from unlocking her full potential.

“I ate six ears of corn in three minutes, so I’m pretty excited about that because it was a really fun experience,” Swartz said.

She agreed that it was exciting to see members of the Shippensburg community interacting and coming together for a fun-filled day of corn.

The date for next year’s corn festival is already set for August 31, rain or shine. 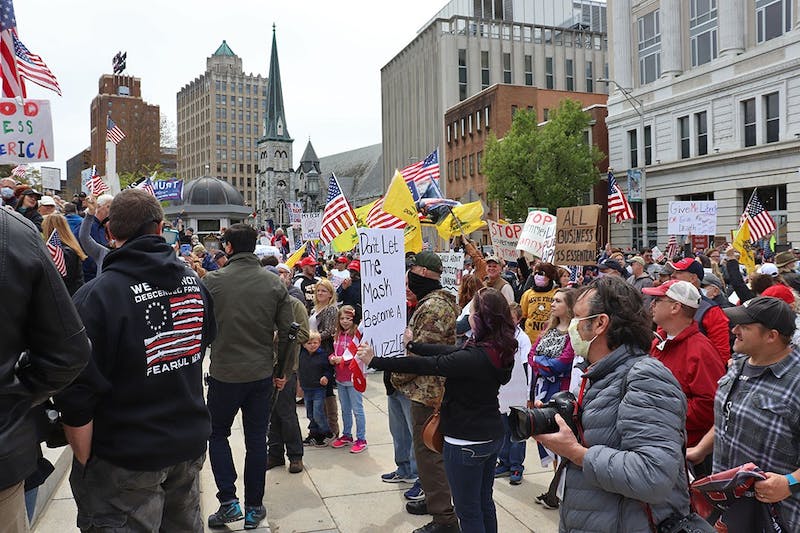