When I was younger, I knew what racism was as a concept. I understood in a vague way from TV and movies that Black was bad, that it represented this other that the good fought against. My parents had informed me of this in their own way. Like anytime the only Black character died before the end of the movie, my mom would say, “Called it. The Black guy always dies.”

And until my family went on vacation in South Carolina when I was 14, I thought I was pretty conscious of it.

We had been there a couple days before we decided that the beach was no longer novel enough to go to again. Instead, we decided to go to a miniature golf course. My parents had decided to sit out this particular activity under the shaded protection of the eatery just off the course. It was just me and my sister, Salina, my younger brother, Judah, and my older brother, Nathaniel playing together.

The course was pirate themed. Wrecked ships, chests of painted gold and giant black flags with crossed bones, littered the course in a tacky hodgepodge of pirate paraphernalia. In the center of the golf course there was this big, fake rock construct with a crashed ship at its peak. My younger brother, Judah, and another little boy decided to climb on it, ignoring the obvious rope fence, as little boys are inclined to do. No one saw a problem with it until the heavy-set lady working there told them to get off it.

They did at first, but they were kids and eventually, they started climbing it again.

The worker came back very upset. She came back and yelled, “You get down from there!”

Instead of leaving like before, she grabbed Judah by his upper arm and steered him back to her station. The other little boy was left with his parents with a quick order to, “Keep him on the ground.”

Salina had gone ahead with my other siblings to keep playing the course. When she came back and found out what happened, she clenched her fists and set her jaw. In that moment she looked strong and angrier than I had ever seen her as she marched up to the woman.

“Why’d you take my brother?” she demanded.

“He broke the rules. I gave him a chance and he didn’t listen,” the woman responded.

“That other boy was doing the same thing,” she said as she pointed vaguely to where the couple and their son were standing and watching. “Why can he play, but not my brother?”

I remember her answer being dumb and my sister getting angrier by the second. Her voice shook as she rebutted again and again, until finally she said, “We paid to play and he’s going to play.”

Then, she took my younger brother and walked away.

I noticed her hands shaking and her eyes getting glossy, but I did not say anything. None of us really wanted to play anymore, but stubbornly we finished the course.

While we were stood in the parking lot the mother of the other little boy thanked Salina for doing what she did. Bottom lip trembling with held back tears, Salina nodded.

I did not quite understand what happened. We got into the car to drive back to the hotel and my sister cried as she explained how the white boy was not punished the same as Judah. Everything then made sense. That woman had taken Judah off the course because he was Black. And because she could.

After this trip, I became more aware of how people treated me and the things they said to me, but not to other kids. Like when they commented on the way I dressed even when I was wearing something that was exactly the same as a white girl. And the way my peers saw me — I called people out when they touched my hair without permission.

Now, years after, I find myself wondering why the mother of that boy never said anything. Why did she just let it happen? She had the power to make it right and she did not take any action. I think that is what still bothers me the most. 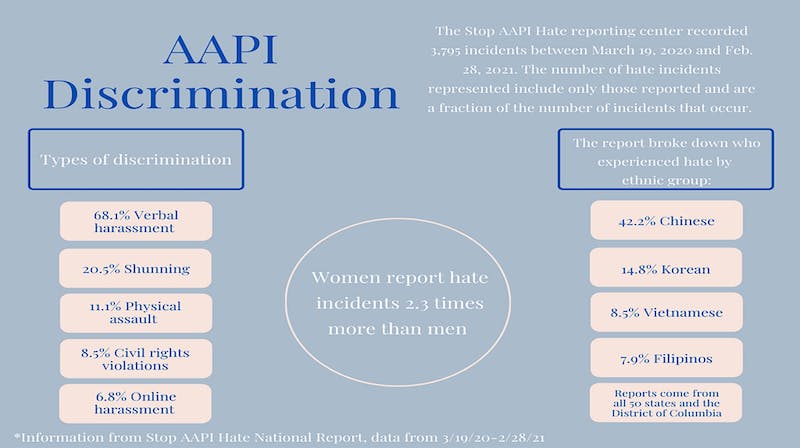 The Slate Speaks: We must do more to support and welcome all people, cultures