Destiny Jefferson scored 16 points on 7-of-17 shooting in the close loss.

The Shippensburg University women’s basketball team could not overcome a poor second half as it lost, 67-64, to West Virginia Wesleyan on Saturday afternoon.

The Raiders (2-1) began the game on an 8-0 run, including four points by sophomore Lauren Mills. However, West Virginia Wesleyan weathered its bad start and tied the game at 26-26 midway through the second quarter.

Shippensburg got the lead back and went into halftime up 32-26. The team got off to a hot start again in the second half, building up the lead to as many as 13 points. However, the Bobcats battled back into the game, taking the lead with 5:31 remaining in the third quarter.

West Virginia Wesleyan exploded in the final quarter of play for 27 points and the Raiders could not keep up.

Junior Ariel Jones struggled to get her shot going on Saturday, shooting a meager 1-of-10 from 3-point range. However, she still led the team in points with 17. Junior Destiny Jefferson finished with 16 points, three rebounds and three assists, but she struggled to control the ball, committing six turnovers.

Pettis finished the game with five points and eight rebounds while Green finished with six points, four rebounds and two assists. Both players played around the same number of minutes (21 for Pettis and 22 for Green).

One thing the Raiders will have to work on improving throughout the season is their free-throw shooting. The team shot just 15-of-24 from the line against West Virginia Wesleyan.

The Raiders next take on Lincoln University in a non-conference matchup on the road on Thursday night. 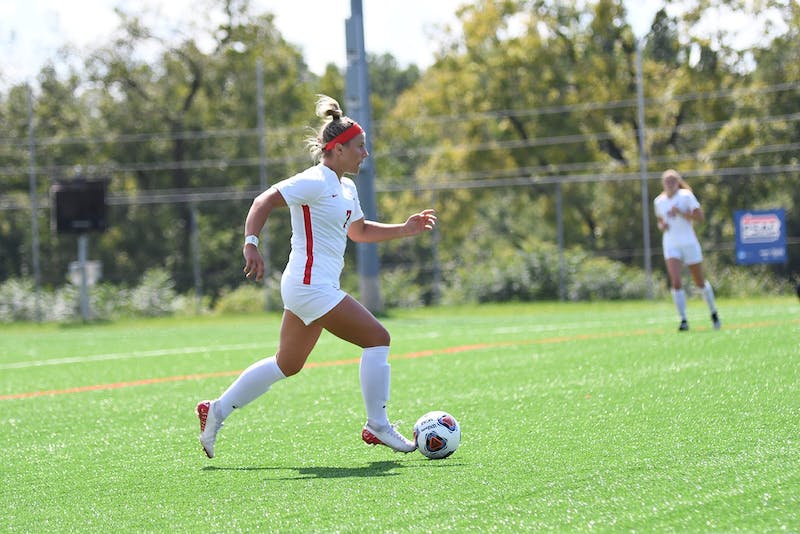