The First Amendment protects hate speech but also creates controversy over the extent of the law.

Shippensburg University was faced with an ethical dilemma last week after a die-hard demonstrator visited campus and riled up dozens of students over his fire-and-brimstone Christian views.

The man, clad in a yellow T-shirt with a Bible verse printed on it and armed with a banner with more scripture, used his First Amendment right to free speech on Wednesday. He stood in the quad, exchanged verbal blows with angry students and shouted vulgarities, insults and promises of damnation for the “filthy, filthy” student body.

Campus police soon arrived with metal barriers to keep students out of arms reach of the man. The majority of the students laying siege on the fortified demonstrator did not actively debate with him or threaten him, but there were others who used profane verbal and body language to express their anger and hate toward him.

SU, unlike private universities, is owned by the Commonwealth of Pennsylvania, which means it’s public land. That permits people to protest, demonstrate and otherwise express themselves with little or no restrictions. The exception to this is when expressions of speech become. dangerous.

The Schenck v. United States Supreme Court case of 1919 made a unanimous, and highly significant, ruling on when the right to free speech can be taken away. Justice Oliver Holmes said the government could restrict free speech when it is “used in such circumstances as to create a clear and present danger,” according to the Constitutional Rights Foundation.

The SU administration and police department had to decide whether the demonstrator and the student protesters were creating a dangerous environment for the overall welfare of the campus community.

While there were clear verbal and physical threats made against the demonstrator when police escorted the man off campus, it was more ambiguous as to whether there was present danger beforehand. Two, sometimes three officers stood inside the barricaded circle with the demonstrator, while more were mixed among the crowd of students. Students did not try crossing the barriers, or try grabbing or physically harming the demonstrator or vice versa. However, many students made it clear he was not wanted on campus and at least one person told the demonstrator he hated him.

The back-and-forth yelling matches could have gone on for hours until everyone’s throats became too hoarse to speak. Or, maybe someone would have finally had enough of the arguing and moved onto physical violence. It is not unreasonable to say the quad was a potential powder keg and no one knows what would have happened if the man was not taken off campus.

The war of words that took place last week was a case study for how freedom of speech as granted in the First Amendment is a privilege and not a true right. Rights are guarantees and they cannot be taken away, but privileges can be revoked. Despite the negative impact of the event, there is a valuable learning lesson in what happened. Students got to experience firsthand how far the First Amendment can protect an individual and how everyone’s actions and words can absolve that protection. 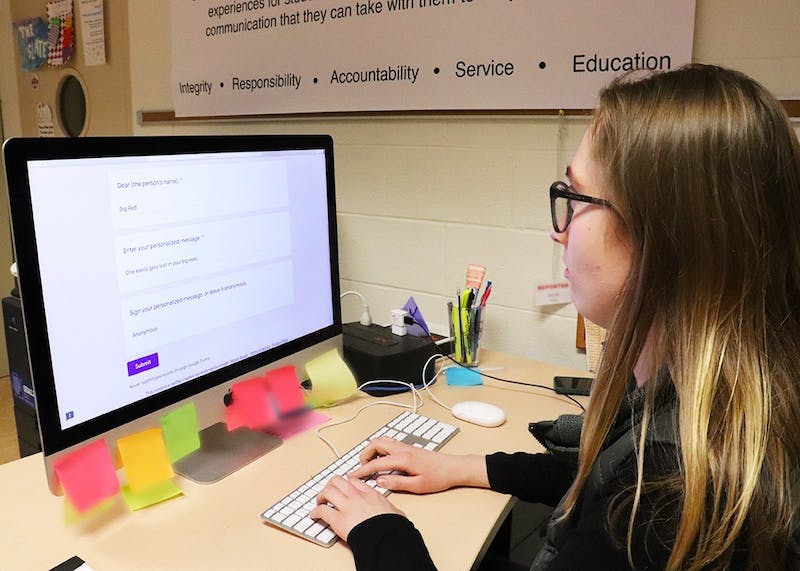