Still from the music video for Mitski's new single, "Working for the Knife"

Mitski Miyawaki has made her comeback after 2 years of silence with a new single, ‘Working for the Knife.’ The song premiered with a deeply emotional music video directed by Zia Anger at 10 a.m. EST on Oct. 5. Mitski, a Japanese-American musician, discusses her lost hopes and her feelings towards the music industry, giving her followers a look into her headspace over the hiatus. This insight is also raising questions about what is to come.

Mitski’s musical career began in 2012, but she began to attract more attention and critical acclaim in 2014 with her sophomore album “Bury Me at Makeout Creek.” In August 2018, Mitski released her fifth album, “Be the Cowboy,” which gained attention for songs like ‘Nobody,’ ‘Me and My Husband’ and ‘Two Slow Dancers.’ It favors synth over the distorted guitars and bass that had previously been her signature. The album has also found a second-wave of fame on TikTok with the rise of the “Mitski Shuffle” trend.

In 2019, after a September show in New York City with Lucy Dacus, Mitski left social media and the spotlight. She announced that she was going to stop touring indefinitely, but assured her fans that she was not leaving the music industry. Mitski had previously toured non-stop for a staggering 5 years. Without a place to live, she said that she felt as though she was losing her sense of identity. “I don’t want to make art like that, especially when you’re offering your valuable time and hearts and money to it,” Mitski said on Twitter in 2019, “It’s time to be human again.”

‘Working for the Knife’ connects to these themes, and follows a similar structure as Mitski’s prior work on “Be the Cowboy.” In the song’s lyrics, Mitski writes about her departure from film school and her regrets. She sings about a world that is moving too fast and leaving her behind. The associated video depicts the artist working herself into a manic state on stage, yet performing to no one. It is almost reminiscent of the emotional solo performances in comedian and musician Bo Burnham’s recent Netflix special, ‘Inside.’

While Mitski writes about her own experience, the song reflects the sense of loneliness and detachment that the world has felt during the COVID-19 pandemic. The “knife” metaphor illustrates working for or contributing to something that is dangerous and perhaps difficult to balance. At the start of the song, Mitski works for this knife, lives for it and at the close, says that she dies for it. Mitski speaks to a group that is overworked and facing a society rocked by constant separation when we are trained to crave connection.

Since the creation of ‘mitskileaks,’ an Instagram account run by management, fans have been excited at the prospect of a new album and tour. This comeback has been highly anticipated and “Working for the Knife,” has brought a wave of support for Mitski and whatever she has in store for her listeners. She has also announced a tour in Spring of 2022, and will be performing nearest to Shippensburg on Mar. 25, at the Franklin Music Hall in Philadelphia, Mar. 26, at The Anthem in Washington, DC and Mar. 29 at Stage AE in Pittsburgh.

By Austin Trevino and Piper Kull

By Austin Trevino and Piper Kull 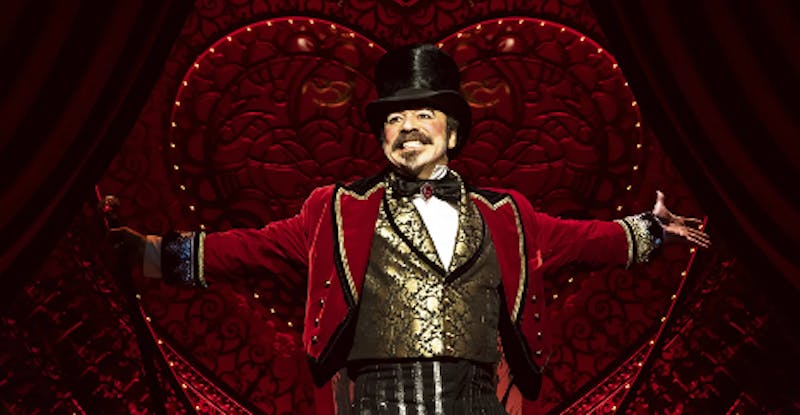 Tony’s recap: Broadway and theatre is back in action