Hope and Renz once again reunite in Fargo

By Christian Eby
Bill Smith/SU Sports Info
After beginning his professional baseball career with the Fargo-Moorhead RedHawks, Hope is returning to the team for its 2021 season.

After completing his senior season, Shippensburg University pitcher Michael Hope did not know what the future had in store for him.

The Camp Hill, Pennsylvania, native compiled noteworthy career numbers in a Raiders uniform. Primarily coming out of the bullpen — while sprinkling in some starts — Hope finished with a career 3.67 ERA, 166 strikeouts and 13 saves.

However, the lingering question remained. Would those numbers be enough to take him to the next level? He found himself on the cusp of being a draft selection, but his name was never called.

He had to play the waiting game. Eventually, the call came. And fondly enough, it was from someone Hope knew well.

“At first, I didn’t hear much at all and was staying in communication with Coach Jones [SU’s baseball coach], basically staying in shape and training,” Hope said. “I finally got a call from Coach Jones and he says Renz is going to call me and tell me I’m going to fly out. And he said, if he asks you to fly out tomorrow, you say yes and do it.”

At the back end of Hope’s junior season, Anthony Renz — at the time, one of SU’s assistant coaches — accepted a job in Fargo, North Dakota, to become the hitting coach of the Fargo-Moorhead RedHawks of the American Association (AA).

With coaching Hope for nearly two years, Renz knew what Hope brought to the table — a slider that had batters buckling their knees and a work ethic unlike any other.

Over that quiet period, Hope sent Renz some of his film to look over. Renz shared Hope’s name with Fargo’s player personnel director. Fargo baseball officials liked what they saw.

“I’d seen Michael pitch enough, I’d seen the way he worked, and I’d seen how things came together for him on the field,” Renz said. “And that’s really how I kind of evaluated Michael… was I know when he comes out here, he’s going to work hard and he’s going to put the work in.”

In fact, per league rules, all AA teams are required to have a certain number of rookies on their roster at the start of the season. Hope fit that bill.

“It kind of happened fast,” Renz said. “We needed a guy right away, and I knew Michael could get out there.”

After talking with members of Fargo’s front office, Hope was on his way to North Dakota.

Welcome to the big dance

It was only three weeks after his last collegiate appearance that Hope found himself on the rubber of Fargo’s Newman Outdoor Field,  home of the RedHawks. From that point forward, Hope became a staple of the RedHawks bullpen.

But for Hope, the transition to professional baseball was tough. Hope was halfway across the country, away from home and visits with family were minimal. On top of that, he was facing the toughest competition he had ever pitched against.

The AA is filled with former major leaguers, former top prospects and young players who are looking to make a splash in the professional baseball world. But that did not faze him. Hope did what he knows best — strike out batters and position his team for wins.

In his rookie campaign, Hope finished with an undefeated record, 8-0, while tallying 46 strikeouts over 59.7 innings of work. He also flashed a 3.47 ERA, which bested three of his seasons at SU, minus his 1.30 ERA in his sophomore year.

Despite a commanding season, Hope’s tenure in Fargo became short-lived.

Despite the bevy of accomplishments his rookie year, Fargo dealt Hope in the 2019-20 offseason to the Sussex County Miners of the Frontier League, another level of independent baseball on the East Coast of the United States.

While the trade came as a bit of a shock, it did have its perks. Instead of the 18-hour drive to Fargo, Hope would now only be four hours from home, in Augusta, New Jersey. That meant seeing family and friends more frequently.

But it never came to fruition.

Before the season even began, the COVID-19 coronavirus pandemic raged across the country, halting the entire sports world, forcing some leagues to forego their seasons. Hope and the Frontier League fell into that category.

To make up for lost appearances on the mound, Hope took part in recreational baseball with former Raiders teammate Tommy Baggett and other local players in the Williamsport, Pennsylvania, area. It was not the same as pro ball, but during the times of an unrelenting pandemic, it was better than nothing.

“You know being out there with Tommy and seeing live batters, I still got that rush of excitement,” Hope said. Whether it’s at the professional level or not, it’s something that I’ll never not love doing.”

On the other hand, Renz and the RedHawks did have a season in limited fashion. The AA was condensed to six teams and only 60 games were played, compared to the normal 100. Protocols were also put in place, with personnel being tested weekly and social distancing practiced.

“I think all of us learned a tremendous amount in our 2020 season,” Renz said. “In 10 years, five years, maybe even one, hopefully we’re going to be packing stadiums again. But for all of us, it’ll be a season to look back on and see all the pictures of us with masks on, and we’ll be able share stories of how we were able to play safely and get a full 60-game championship season in.”

“The return” and the road ahead

For Hope, the 2020-21 offseason proved to be just as eventful as the previous. He is once again heading back to Fargo, via trade, reuniting with Renz and looking to build off his impressive rookie year.

Hope said his second go-around in Fargo already feels that much sweeter. Because of losing his 2020 season, he is hungrier than ever to be back on the mound. Additionally, with having previous experience in the AA, he knows what to expect.

“I’m beyond excited honestly, and I kind of get chills just thinking about it,” Hope said. “I’m just glad they still have the confidence in me to go out and do it.”

In Renz’s eyes, Hope’s return is welcoming. He feels he can play a larger role than that of his first stint, possibly serving as a set-up man or even the team’s closer.

“Having that year of experience under his belt, even with losing a year last year, him coming back to a familiar setting should really help,” Renz said. “But we expect Michael to come back and be that guy that we can go to in any spot and get the job done. He kind of did that in his first year and really proved that he can handle the pressure in any situation.”

Aside from baseball, both Hope and Renz are eager for their reunion in Fargo. They both said that their relationship has transitioned from a coach-player setting, from their days at SU, to a friendship off the diamond.

“The best way to say it is that the relationship has matured into that friendship type where instead of calling me ‘coach,’ it’s more of calling me ‘Renz’ or ‘Anthony,’” Renz said. “Really the professional life in terms of baseball is way different than that in college. At a professional level, it all mixes and blends together because you’re all together to achieve that one goal.”

From Hope’s perspective, Renz is not only a friend but someone he can always look to and ask for help.

“I’d say he’s my big brother in a way, mainly because he’s not old enough to be my dad,” Hope said with a laugh. “He’s a good role model, too, because he works hard, he’s been through it, and has done exactly what I’m going through right now. So, I’d really like to follow in his footsteps.”

“But we’ve always been close ever since he was at Ship,” Hope added. “But just being in that atmosphere out of college, going into the professional level; to be in that scenario with someone I know, a familiar face with me for the whole ride through… I always had someone I could go to, regardless of what it was. He was always there for me.” 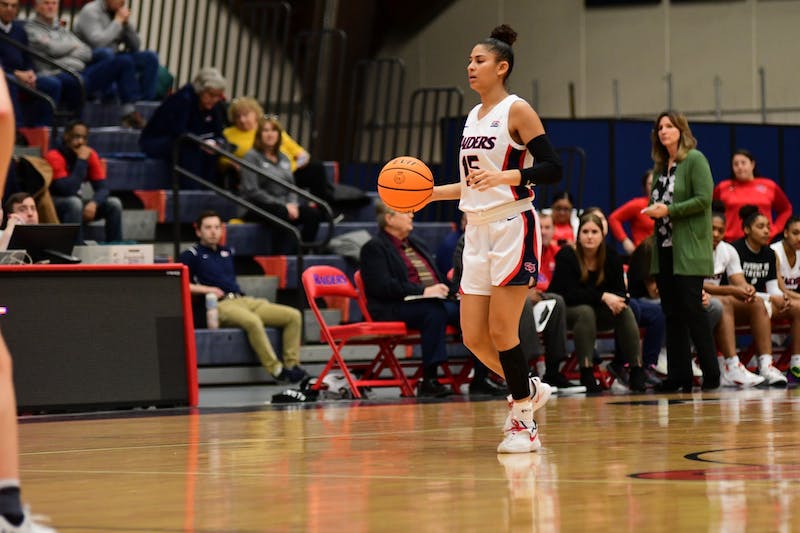