The In-Motion Dance Troupe opened their performance dancing to the song “Strip” with a routine choreographed by Reilly Bedsem and Brooke Hull.

Shippensburg University’s In-Motion Dance Troupe performed its annual recital “An Invitation to Dance” in Memorial Auditorium. This student-run organization took the stage on Jan. 31 and Feb.1 with 21 performers.

The skill of the In-Motion Dance Troupe was apparent throughout the recital. The dancers demonstrated both fluid motion and powerful precision to bring to life the song “River.” In the piece “Glitter in the Air,” a performer leapt into the arms of their troupe members and was flipped over their heads. The duet to the song “Next to You,” executed by freshmen Katie Kollars and Ross Spangler, masterfully combined the art of dancing and acting.

The costuming committee for this event deepened the storytelling element. The solo “Mercy,” performed by senior and chairperson of In-Motion Dance Troupe Jaya Watty, showcased a pure-white flowing dress. This specific costume created a tone of innocence and emphasized the idea of prayer.

Further bringing the dances to life, the lighting crew utilized color and shadow to stress a specific tone in each dance. In Ross Spangler’s solo piece, “Empty Space,” the lighting intensified the emptiness of the stage by covering the white screen in the back of the stage with black curtains and shining a spotlight on Spangler.

Scattered light swept across the audience and brought attention to the size of the theater, and its space. Lighting also played a prominent role in the dance “Money in the Grave.” Vivid colors filled the auditorium and changed dramatically with each switch in song adding to the energetic tone of the piece.

Shining even brighter than the lights were the smiles of this group. Throughout the recital, videos played of each member thanking supporters and sharing a little about themselves. Almost every member spoke of the encouragement they received from the other performers.

Past and present directors shared heartwarming during a video made for Elizabeth Yoder, who impacted the productions and lives of many students.

Finally, the seniors of the In-Motion Dance Troupe, Breann Sheckells, Jaya Watty and Reilly Bedesem performed an intimate piece with younger members they took under their wing. In the song, “Never Gonna Let You Down,” each of the graduating seniors had a special moment where they danced specifically with their younger members.

In-Motion Dance Troupe created a gorgeous performance, with a passion that shone through every aspect. Next year will not disappoint anyone. 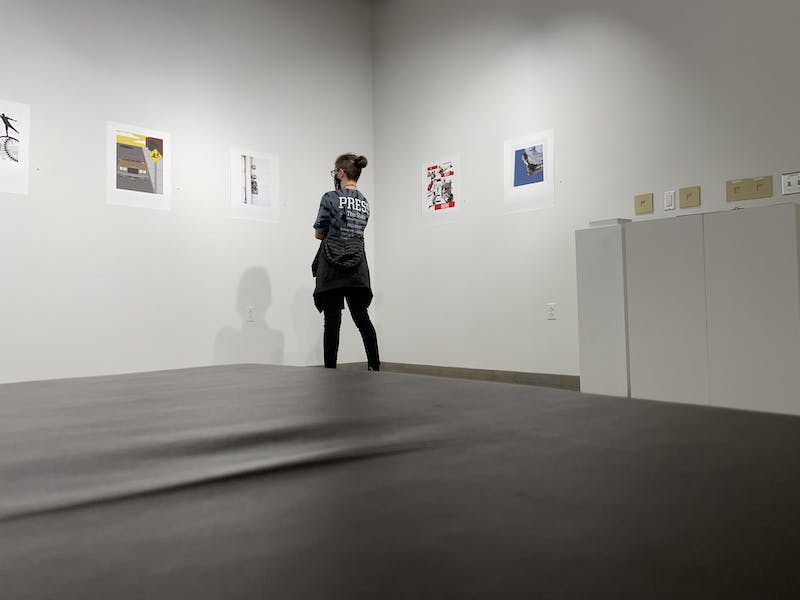