Meredith Scarr was elected to be next year’s vice president of student affairs.

Still busy fulfilling her duties as this year’s secretary, Meredith Scarr also won the candidacy for next year’s vice president of student affairs.

Scarr was born in Alvin, Texas, before relocating to Lewisburg, Pennsylvania, with her parents and two sisters.

Both of Scarr’s sisters, Madison and Marissa, are graduate students at Shippensburg in the masters of business administration and education programs, respectively.

The big move from Texas was not the only travel Scarr has done. She and her family have traveled around much of the United States, including the Grand Teton and Yellowstone national parks.

Internationally, Scarr raved about her time in Spain where she completed the Camino De Santiagio, which is a route to the shrine of Saint James that spans across northern Spain.

While on the trip Scarr got to experience major Spanish cities — such as Madrid and Santiago ­— and described the trip as a life-changing experience.

When asked how she ended up at Shippensburg, Scarr answered definitively, “My sister.”

Knowing that Madison would be a senior when she was a freshman, Scarr said her close bond with her sister influenced her decision to choose SU.

“On Christmas I surprised her with my acceptance letter in a picture frame that said ‘SHIP Sisters,’” she said.

Her bond with Madison was also the impetus for Scarr to get involved in SGA.

“Madison was the president of SGA. She joined her freshman or sophomore year,” Scarr said. “She fell in love with the organization and she was like ‘you need to get involved. Just join SGA, you’ll really like it, you’ll build so many connections’ — so I joined SGA.”

Before taking over as secretary, Scarr began in student government as the representative for the Class of 2021, having to run in just the first few weeks of her freshman year. Even as a freshman, Scarr demonstrated her proclivity for leadership, sitting on the budget and finance committee and co-chairing the class council committee.

As secretary this year, she continued to sit on the budget and finance committee and took over as chair of the public relations committee.

Although Scarr said she “really liked being secretary” she is looking forward to her new position as vice president of student affairs.

She will take the lessons she learned from her sister Madison when she served as SGA president into this new position.

“Maddie had the aspiration of want to build a greater relationship with students on campus and having the administration really know why we’re here, and those goals have been passed down to our current executive board,” Scarr said. “Maddie really pushed to get out there, get involved and try to get feedback from students. So that’s influenced me to want to pursue that.”

Scarr has many goals for her new position in the 2019-2020 school year. Her biggest is to increase student group engagement of the organizational platform SHIP Link and promote the benefits of its use.

When asked what single accomplishment would allow her to feel satisfied in her new position, Scarr said she wants, “All of our senators just so open, being involved, and having students come to more events. I definitely want to see the student interactions increase.”

Although the restructuring of SGA leaves uncharted waters ahead, experienced leaders like Scarr plan to continue to lead the way for SU students and represent them to the administration. 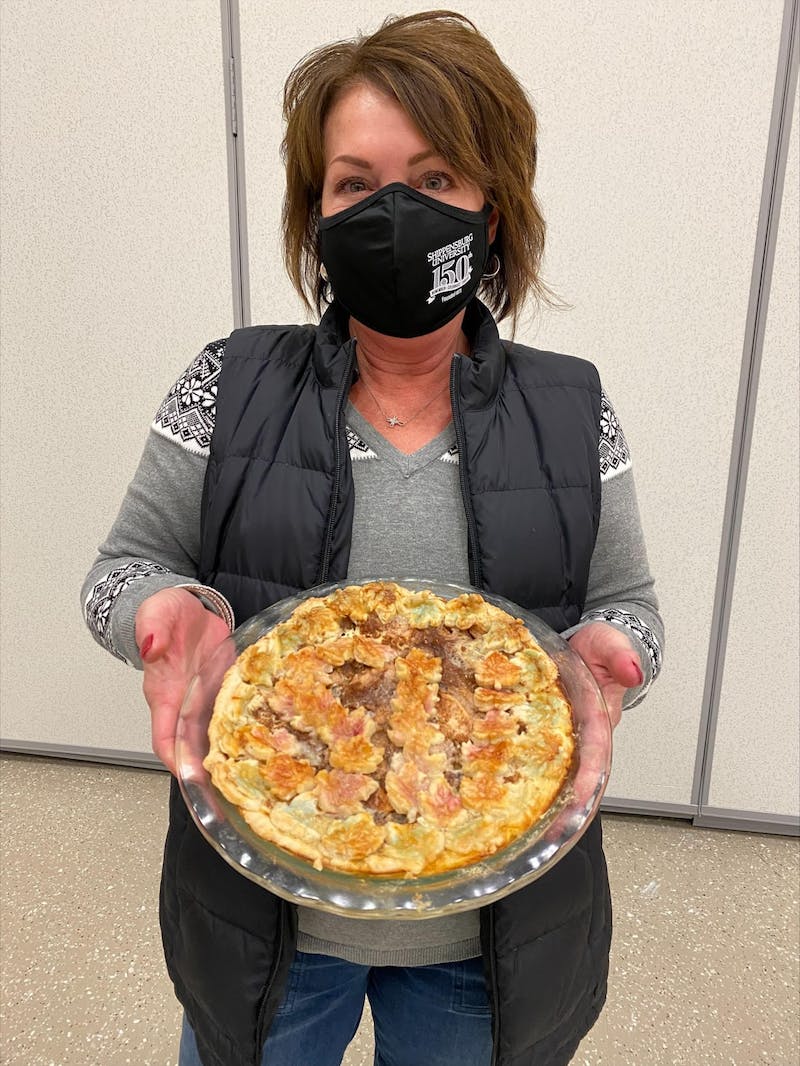