The festival spanned the course of three days and included time for placement auditions and rehearsals. At the end of the festival was a banquet to celebrate the students’ hard work. The guest conductor was Mark Camphouse, a composer and conductor from Chicago, Illinois.

The group looked forward to the opportunity to play music and make new friends. To get into the festival, the trio had to submit a two-page application, each detailing their experiences and instrumentation.

At the festival, they auditioned and their chair placements were selected. The lower number the chair, the highest-performing they were. The auditions were something that all three said they dreaded and were glad to get out of the way.

Leann Helfrick is a junior and is currently studying interdisciplinary arts. She has played the clarinet for 12 years, and though she can play a few other instruments, she prefers to play clarinet in concerts. In high school she participated in the Pennsylvania Music Educator Association (PMEA) music festivals, where she placed as third chair of the state band at the forum in Harrisburg.

Helfrick sits as first chair of the SU wind ensemble, concert band and orchestra. She was also a music major during her first year of college at Indiana University of Pennsylvania. This is Helfrick’s second year at the festival, and she placed second chair on second clarinet during the audition process.

Helfrick enjoys the song “Dance of Jesters,” both to listen and play. She does not have a least favorite, but she mentioned that she might by the end of the festival.

The youngest of the three, Maggie Myers, is a freshmen math secondary education major who specializes in the trumpet. In fact, she placed first chair for first trumpet at the festival. Myers’ history with music is very extensive. She has been playing trumpet since fifth grade and has taken private lessons for four years.

This spring, Myers is in the wind ensemble, concert band and the jazz ensemble. In the fall, she was involved in the brass ensemble and the marching band, which she is very enthusiastic about. When asked for a comment, she only said “Go Raiders!”

Myers’ favorite memories with music were those with her directors in high school.

“You don’t get personal time with other teachers, but I had a very personal connection with them which was nice,” she said.

This year was senior Maria Trace’s bittersweet second and last time at an ICB festival. Trace’s favorite song from the repertoire is the “Dance of the Jesters.”

“It has a fast tempo but is really beautiful to listen to,” she said. She does not like the variations on America, however. The oscillating tempo and key signatures make it difficult.

“It’s hard to stay in tune with the rest of the players because of the low register,” she said.

Trace has played trumpet for 12 years and also plays the saxophone, French horn, piano and trombone. She placed as fourth chair for third trumpet in the festival. She is in the wind ensemble, jazz ensemble, brass ensemble, concert band and marching band. She also played in the Waynesboro Children’s Theatre Troupe for four years and for The Chambersburg Sampler.

Trace’s favorite memory associated with music is playing trumpet in Ireland with the SU Marching Band several years ago.

To Trace, music is more than just a hobby, “It means showing others what emotions are but through the gift of playing instruments or singing.” 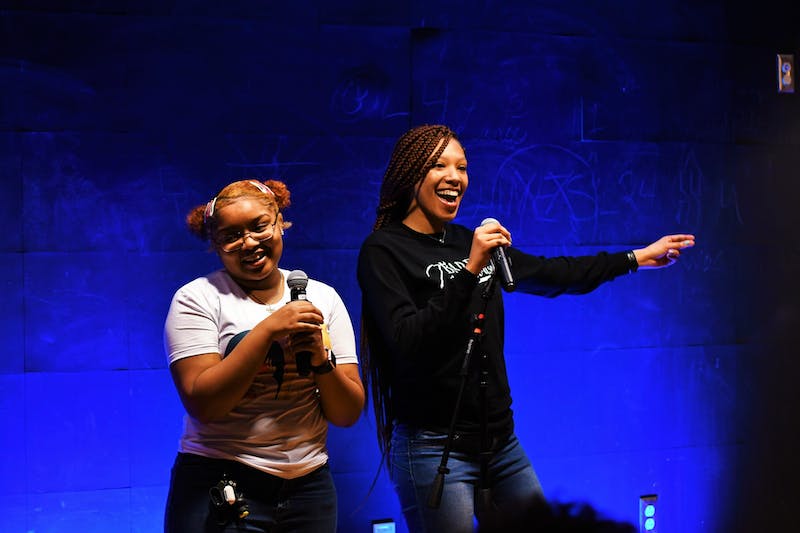