SU professor of English Cathy Dibello explains how she

“Dirt ball” and “haven for pirates” are the words China formally used to describe Taiwan, but despite those connotations, a Shippensburg University English professor felt it was necessary to create a textbook for them.

On Thursday, professor Cathy Dibello read aloud parts of her new textbook, “Connecting Through Writing,” which she co-authored with Judy Shi and released in 2015. “Connecting Through Writing,” is a bilingual textbook for Taiwanese students to teach them English. Dibello said she wanted to gear her textbook toward Taiwanese students since the ones they used during her visit were “Americanized.”

Part of Dibello’s efforts in relating the textbook to Taiwanese students involved using popular landmarks and activities in examples. For instance, in Taiwan many old warehouses are converted into art galleries, so Dibello wrote a short writing sample which included references based on one gallery she visited.

“The atmosphere will make you feel as if you escaped into a serene, outdoor oasis full of tropical trees and plants. Entering from gate five, you will walk past five large former tobacco warehouses built by the Japanese in 1937 that now house galleries,” Dibello said, reading from an excerpt.

Dibello explained how she emphasized using catchy beginnings and included a conclusion statement in her examples since most Taiwanese students did not use this type of writing structure.

The textbook covers topics like music, shopping and technology and includes photographs of Taiwanese students instead of American students. Throughout each chapter there are writing assignments which can be applied to real world situations, like when a Taiwanese student wants to apply for a working holiday visa, which is in English.

Dibello first visited Taiwan when she taught at a Catholic college there. Soon she fell in love with the people and polished her Taiwanese Mandarin skills. Dibello even earned the Chinese name, Li Bai Lu, which mean darkness before dawn.

While the textbook had a few setbacks during production like typesetting errors, it is now being used in Taiwan classrooms.

Other books written by Dibello include “Composing Our World,” “Everyday English in Taiwan” and “At the Source: A Text for Basic Writers”. 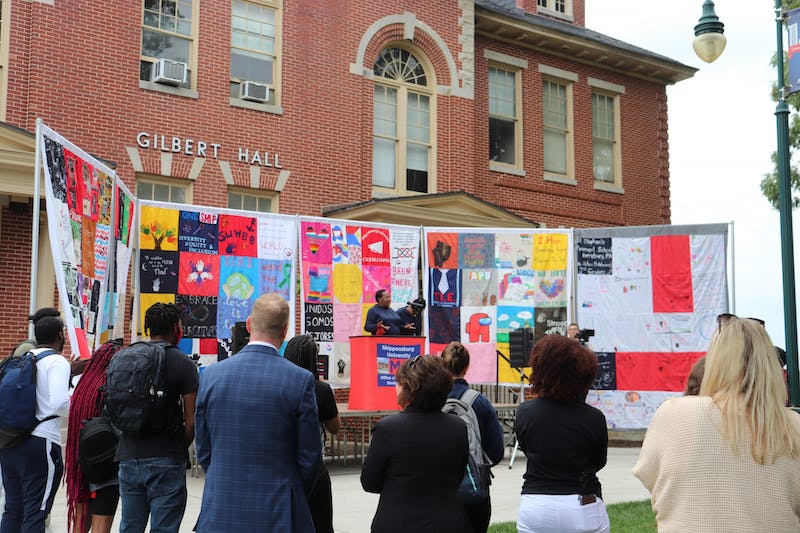