The right to free speech and the importance of it in a politically polarized country has become an increasingly important issue.

Fake news is anything but new.

In fact, there is an example of it that dates all the way back to 1475, according to an article published by Politico late last year.

To make a long story short, a 2-year-old child went missing in Trent, Italy, and a local preacher spread rumors that the Jewish community had drank the infant’s blood to celebrate Passover. The preacher then doubled down, spreading more lies that eventually led to the arrest and torture of 15 people.

One does not have to look back that far to find examples of fake news, though. Those familiar with the period of yellow journalism — a phrase that refers to sensational newspaper practices of the early 20th century — know that we are not that far removed from a time when fake news was standard practice. Even disgraced former reporter Stephen Glass had a movie made about him for fabricating stories.

The concept behind fake news typically is not a point of contention for most people. Someone spreads a lie intentionally or otherwise and this is done to meet some sort of end, like persuading others to support an agenda, making money or to make a point. When we delve into labeling things as fake news, that is when the contentious part starts.

As the self-proclaimed inventor of the phrase and man who thrust it into the public’s consciousness, President Donald Trump typically employs the phrase to disparage media covfefe (coverage*) he perceives as biased. The president made this clear in a February press conference after telling CNN’s Jim Acosta that, despite the fact that the outlet’s coverage was accurate, he thinks it is fake, according to a White House video of the event.

“I’ll tell you what else I see. I see tone,” said Trump. “You know, the word tone. The tone is such hatred. I’m really not a bad person.”

Others, like Alison Dagnes, a former C-SPAN producer and current political science professor at SU, see a pattern in what Trump dubs fake.

“[Trump] is the most powerful politician in the world,” Dagnes said, “and he needs to stop labeling everything with which he disagrees as fake.”

Fake news was then elevated to a phenomenon when the U.S. intelligence community concluded that Russia had interfered with the 2016 presidential election. James Clapper, former director of national intelligence, listed fake news and social media as some of the main methods employed by the Russians to try to swing the vote to Trump, according to PBS.

This, by extension, swung the vote to themselves because of Trump’s friendlier approach to Russia than his opponent Hillary Clinton. Some even accused Trump and his team of colluding with the Russians and a probe into Russian interference led to the firing of Trump’s two-week tenured National Security adviser Michael Flynn, according to The Washington Post.

“Russia is fake news. This is fake news put out by the media,” said Trump of the accusations.

Still, members of the media, experts and Clinton herself listed fake news as a prevailing reason for why Trump was able to upset Clinton. But others were not convinced.

So what about this iteration of fake news that makes it so dangerous to some? According to Ted Carlin, professor of electronic media at Shippensburg Univerity, it is the average media consumer’s lack of knowledge related to media. This amplified by the fact that trust in the media is low, according to a poll by Gallup.

“That’s media literacy and we don’t have a whole lot of that,” said Carlin.

Aaron Sharockman, the executive director of the fact-checking website Politifact, believes this, as well.

The problem is compounded by the fact that people are more inundated with information and opinion than ever before, according to Dagnes.

“It’s really tough,” said Dagnes. “If you turn on any of the cable news channels, it’s difficult for your average viewer to distinguish between a journalist and a pundit. A pundit gives their opinion; a journalist gives the facts.”

In 2014, Poltifact’s sister site Punditfact checked the validity of 300 separate claims made by political pundits. Of those 300, 150 were somewhat or outright false, according to Sharockman. Because pundits are held to a different standard than journalists, only six of those false statements were ever corrected on air. Given that many 24-hour TV news outlets feature political pundits on shows frequently, it is fair to say the line between opinion and fact has been blurred a bit.

But the shift away from facts to opinion is only part of the problem, according to Dagnes. She says that, as we have transitioned to consuming news online, we have lost traditional media cues that many have grown up with.

“If something is in the newspaper and it’s above the fold on the front page, that’s really important. That’s a cue that you’re given,” said Dagnes. “For the evening news, if its up at the top, that’s very important. If it’s after sports and weather, it’s probably not that important. With a website, those cues are gone.”

According to her, the confusion that stems as a result from these changes has led to an unbalanced consumption of politicized media.

“Media diets have always been analogous to food choices,” said Dagnes. “I love McDonalds. But, you can’t live on it. Because if you live on McDonalds you’re going to die of a heart attack in, like, 15 days.”

Sharockman says this is only natural. According to him, research suggests that we choose to believe information that confirms our biases.

To add to the confusion, the internet has also made it easier to publish information, whether you have the proper training or not. While this newfound realm of citizen journalism and the proliferation of camera phones has given us new perspective we could have never had before, Sharockman said it also paved the way for extremist views.

One of the most dominant purveyors of alternative media is Infowars. Founded by Alex Jones, the site, along with his radio show gathers millions of eyes and ears per week. The site also hosts a store that sells merchandise and alternative health products where a one-ounce bottle of nascent iodine retails for $39.95.

Jones is known to have pushed false narratives about 9-11, the Sandy Hook massacre and, more recently, a Clinton-connected pedophilia ring at a pizza shop. The latter actually prompted a North Carolina man to bring a rifle to the Washington, D.C.-based shop, where he fired off a round and found nothing.

Jones also had a relationship with Trump preceding the election, and lobbied to have him campaign on the notion that Hillary Clinton was the beneficiary of mass voter fraud. Ben Wolfgang, an environmental reporter and former White House correspondent for The Washington Times has interviewed Jones, and as a conspiracy buff, occasionally checks in on his site. He worries that Jones has ascended beyond his niche audience.

“I mean, Alex Jones and Infowars — certainly over the last year, year and a half — have kind of crossed over from just being that site where conspiracy theorists could go and bounce crazy idea back and forth to being an actual force,” said Wolfgang.

Wolfgang, being a firm believer in free speech, sees the place for heavily politicized media like Infowars. What he does raise issue with is the fact that, when we criticize “the media” generally, that lumps legitimate organizations in with websites like Jones’s.

“You can’t lump the Huffington Post and Breitbart together and say they’re part of the same media collective because they’re not,” Wolfgang said.

Despite the odds being seemingly stacked against the average consumer of news, there are still some ways to make sure you’re getting the right information from a balanced view. According to Dagnes, a healthy media diet starts with variety.

“If you’re a liberal, hop onto some conservative sites — some good ones. They do some of the best political reporting out there. Their editorial page is very conservative and I love reading it.”

In order to avoid getting duped by a fake story, Sharockman says there is no better option than to read it before you share.

“If you look at these stories, the headlines are often eye-grabbing and they often, again, are playing at an idea you may have in your head,” said Sharockman. “But, once you click through and kind of read through the information, they tend to fall apart.”

If that proves to be too much work, he says you can also use Google as a quick verification tool.

“Take that headline that maybe came across your newsfeed, put into Google and see what else comes up. Look for reputable sources — names of media that you recognize. You don’t have to trust them 100 percent of the time, but if CNN is reporting something or Fox News is reporting something it is more likely to be true than if you’re not seeing it from those mainstream, well-known sources,” Sharockman said. 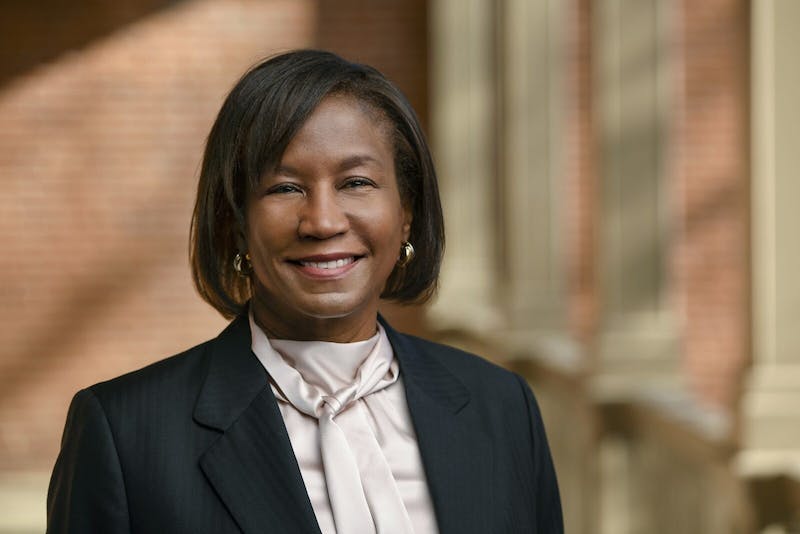